a feature documentary by Michele Cinque

Iuventa relates the events of a crucial year in the lives of a group of young Europeans all involved in different ways in the Jugend Rettet humanitarian project, starting from the first voyage of the Iuventa ship in the Mediterranean Sea to the heavy accusations that led to the seizure of the vessel more than a year later. The backbone of the narration is the ship’s first trip out to sea: setting sail from Malta, it comes back to La Valletta after 15 days offshore, having saved the lives of over 2,000 people. After the first mission the film takes us to Berlin and in Italy, through the winter time when the future of the Jugend Rettet is discussed.

Link: https://vimeo.com/ondemand/iuventa2
The english subtitled version is only available outside German speaking territories.

The first time I heard about the Iuventa was in the spring of 2016 when the Jugend Rettet, founded in 2015 by Jakob Schoen and some other twenty-year-olds from Berlin, launched its programme of action. The Iuventa had been bought the year before by this newly-found NGO to rescue those who were fleeing from wars, famine and dictatorships across the Mediterranean Sea, as well as to show the European institutions that a serious sea-rescue programme is not only a question of moral duty for a country that proclaims itself to be civil but also that it is economically viable.

In the late spring of 2016, the Iuventa (originally a fishing-boat of little more than 30 metres converted into a vessel to be used for rescue operations) set out from the harbour of Emden in Germany for Malta from where it would then embark on Search & Rescue operations. Right away I fell for the story, immediately perceiving its importance both from a real and a symbolic viewpoint. All the elements were there: the remarkably young age of the protagonists, the utopian outburst of passion, the desire to change the world, a great force of determination which, foreseeably, was bound to clash at some point with harsh reality. And so I called the group of young guys of the Jugend Rettet. Ten days later I was in Malta and a couple of days after my arrival, on board the Iuventa for its first mission. I had imagined that only by going on board ship I would have been able to film and narrate the emotions of these youngsters as they saw with their own eyes the results of over a year of preparation.

After the Iuventa’s first mission at sea I went back to Germany with Jakob Schoen to film the return home. Despite the many hours of filming, both on board the ship and on the first journey to Berlin, I strongly felt the need to delve deeper into the story. I wasn’t interested in the sensationalistic aspect of the rescue operations at sea but rather in trying to better understand the protagonists of this humanitarian operation: their dreams, their hopes but also their disappointment. Thus, I came to construct this narration, following three of them around for about a year up until the departure of the Iuventa on its first mission of the year 2017.

The Iuventa documentary, unlike my previous films, is not focused only on one single element. There are three main protagonists and each one of them takes us into his very personal universe. As director of this film, even if I have made other films in the last few years, it’s as if it were my first time. I came back to the basics, finding myself personally behind the camera, finding myself alone in facing a complex and painful reality and having to filter this in a narrative form. The film arose from the conviction that it was necessary to tell this story, and the subsequent decision that I wanted to do it myself.

The narrative structure starts from the sequences filmed live with the protagonists of this story in an observational style. The structure of the editing gives strength to the materials recorded live. The camera is almost always moving, following the emotions of these youngsters. The span of the year in which the story is filmed passes from the summer atmosphere on the boat to the snow on the ground in the Refugee Camps in Italy.

I expected the clash of the project with reality since day one, and we had a few clashes during the filming period: The encounter with the dead at sea, the deaf ear turned by the European institutions and the fact of having to set off on missions for the second year round that equaled failure in terms of common hopes and expectations. But I could never imagine that the Iuventa was meant to become a symbol of the movement of Search and Rescue in the Mediterranean Sea when it was sealed and confiscated by the Italian authorities last August. 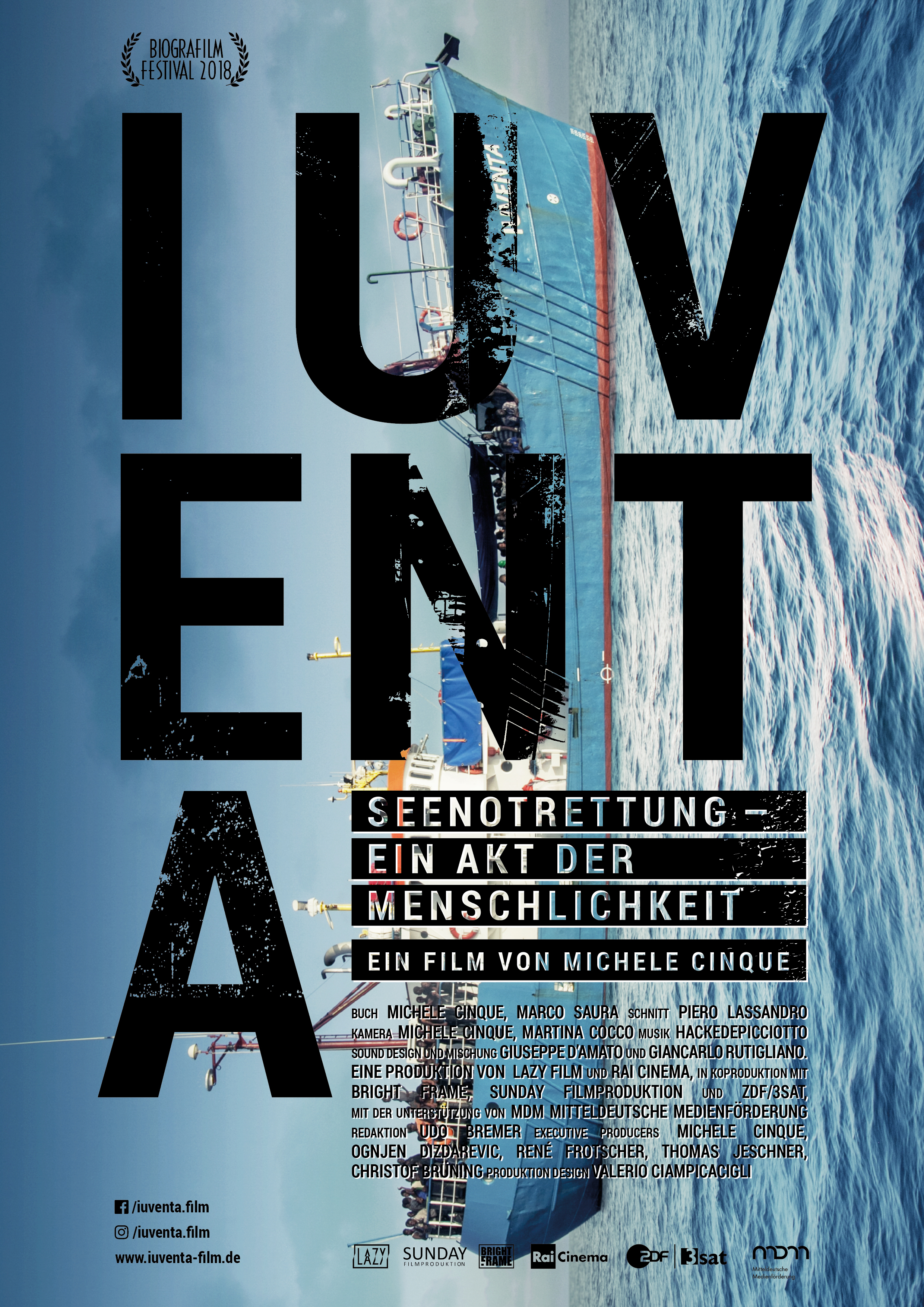