a feature documentary by Tom Lemke

Silvio lives in a ghost village. In 1998, the inhabitants were resettled so that the brown coal underneath the village could be mined.
More than 900 years ago, the first settlers called the place “land by the water,” due to the fact that a small stream flowed through the countryside. With this water, Silvio cultivates small agricultural spaces in the village and waters his cattle. He has thus recaptured his home village, which had become useless. How long he can continue to earn his livelihood here is uncertain. No-one knows when the opencast mining excavators will finally arrive here. Ever-present is the noise of the conveyor belt, which has transported coal uninterruptedly, just a few kilometres away, for decades. Although the houses in the village are gradually being demolished, Silvio is not alone. His neighbour, with his more than one hundred-year-old family business, continues to forge against time, while Norbert, the last remaining inhabitant of the likewise affected neighbouring village, is rebelling staunchly against the resettlement. Sometimes, former inhabitants come by. People still help each other; but an entire village community is disappearing. Even as the final co-inhabitants have left the place, Silvio continues trying to resist the inevitable. Knowing full well that the end cannot be deterred.

In the year 2003 the Leipzig director Tom Lemke investigated in the southern part of Saxony-Anhalt. To the east of Hohenmölsen, a region where the opencast mining Profen has been dominating the landscape and the life of the people for decades, he got to know three men, Silvio, Dieter and Norbert. They all lived in places, which actually were not existing anymore. Grunau, Domsen, Großgrimma. The villages were left by their inhabitants at the end of the nineties. Only the three men stayed there waiting for things that may come in form of open cast mine excavators.
The first interviews in 2003 turned into a long-term observation. Tom Lemke kept in touch with the three men and visited them again and again. Together with his camera operator he has captured the slow farewell. As time went by it became increasingly evident that the life there will come to an end. The documentary film “Land on Water“ is a result of this long-term observation, which continued until the year 2014. 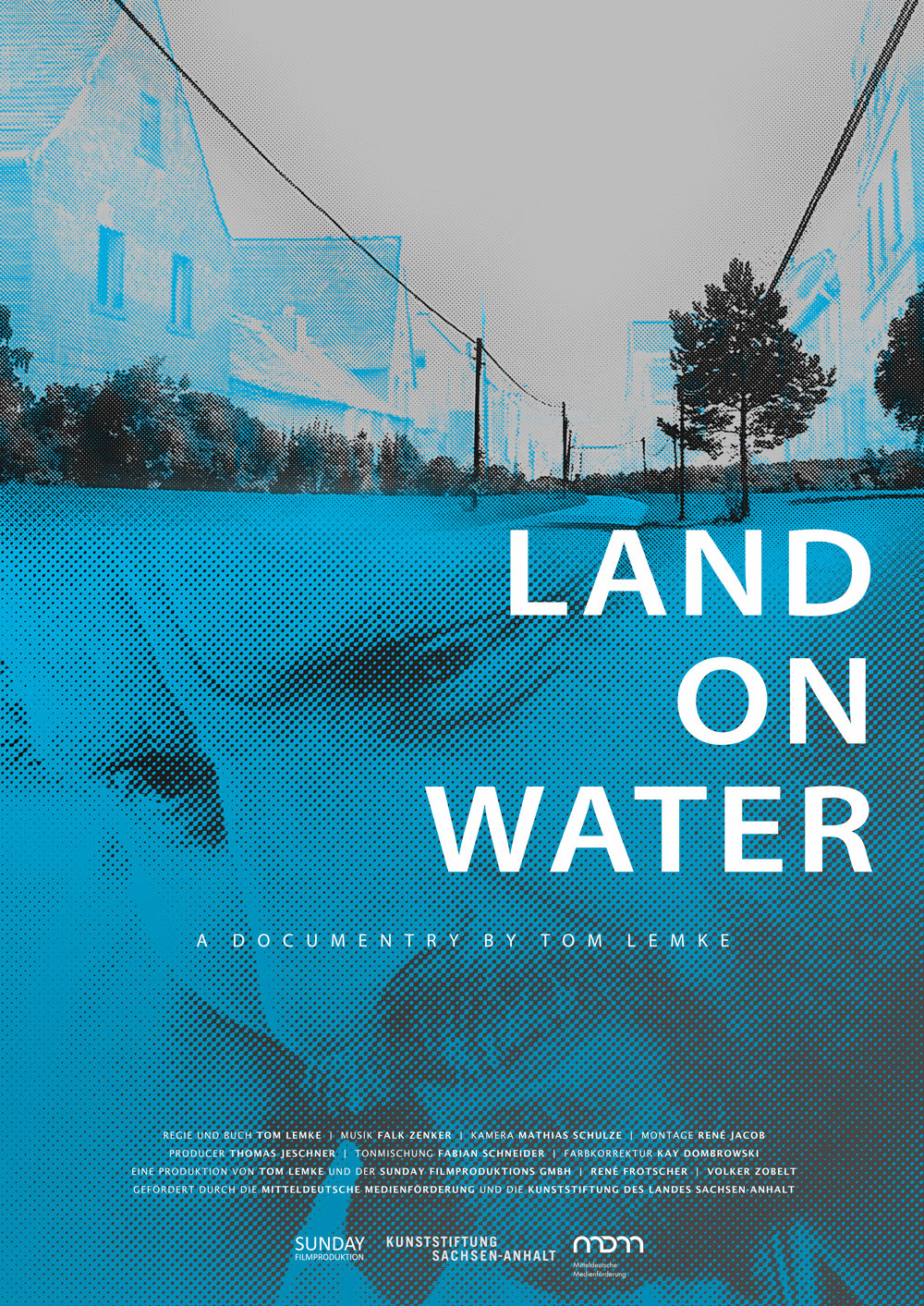 Tom Lemke, born in 1976 in Großenhain, Germany, finished in 2001 the education of media designer in Leipzig. After he was living in Chile, he shooted his first documentary “The Whispering of the Trees” in 2006 in the south of Chile. Today he is working as a filmmaker and author in Germany.